We knew the trip was going to be long.  Usually it takes two flights to get to Lima, Peru, but this trip required an added flight.  That was bad enough but little did we know it would be much, much worse.

Christmas morning started with a 4am wake up call and the airport van arriving at 5.  All five of us all got up and made it out the door on time.  Our first flight was scheduled to leave at 7am, or so we thought.  We boarded and we waited… and waited.  The captain informs us that the auxiliary plug has malfunctioned and we need it to turn the plane on.  ARE YOU KIDDING ME?  Don’t you think you should have checked that BEFORE we boarded??  Next thing we know we are being kicked off and moved to another flight.  This, of course, means we will miss our connecting flight in Dallas.  And so begins our trip from hell. We board plane number 2 and are immediately notified that we have to be de-iced (a term we would all grow to hate).  It had been sleeting that morning and was slowly turning to snow.  This was not the desired weather for any airplane.  After several attempts, the third de-icing was the charm and away we went. Since we had missed our connection, we would soon be placed on several standby lists.  Getting to Miami was going to be difficult.  We were 30th on one of the standby lists!  Obtaining 5 seats on the same flight was going to be impossible.  Rumors spread that it might be two days before there would be an available flight.

After waiting on standby for two flights, we decided it was time for a much needed drink.  None of us had eaten breakfast or lunch and it was quickly approaching 5pm.  So, we picked a chain restaurant and fill our glasses with vino — cheers to Christmas Day in the Dallas-Fort Worth airport! After our meal it was back to the waiting game.  We were put on another standby flight to Miami.  A Christmas miracle takes place and we all get on board!  But taking off would be too easy, wouldn’t it?  After getting on, we are notified that we must be deiced and American Airlines only has three deicing trucks… seriously.  Another two hours roll around where we must wait.  At least this time they allowed us to get off the flight and re-board.  Finally it was time to go.  We get in line for the deicing truck and are informed there are 6 planes in front of us.  “Well folks, each deicing takes 20 minutes each and there are six planes in front of us.  So you can do the math.”  Thank you Mr. Pilot, couldn’t you just have said we’re going to sit here for another couple hours? By the time we arrive in Miami, we have all been up for almost 24 hours.   It was 3am and we all looked and felt like hell!  After getting off the plane, we immediately get into another line to get on standby for the next flight to Lima.  The good news was there was an available flight at 4:30pm.  American Airlines so kindly (after we yelled at them) booked us three hotel rooms so that we could all sleep and shower.  We arrived at the Miami airport Doubletree at 5am — just in time to see the sun rise.

It’s amazing what a few hours of sleep and a shower can do for a person.  After a nice lunch we boarded the plane for Lima.  Five hours later we arrived in the capital of Peru.  The beach house is about an hour and a half from the airport, so we would be spending the night at a hotel.  Oh, a very important detail to this story is that the whole time we have been without our luggage.  When we landed in Peru, our bags were no where to be found.  This little fashion girl spent three days wearing the SAME outfit, which is pretty comical since I’ve been known to change my outfit three times in a day.

On day 3 of our nightmare trip, our bags arrived around noon to the hotel.  We changed and FINALLY our Christmas vacation could begin. For the next week couple of weeks I’ll be posting pictures from Peru.  I hope you all had a safe and much happier Christmas than I did! 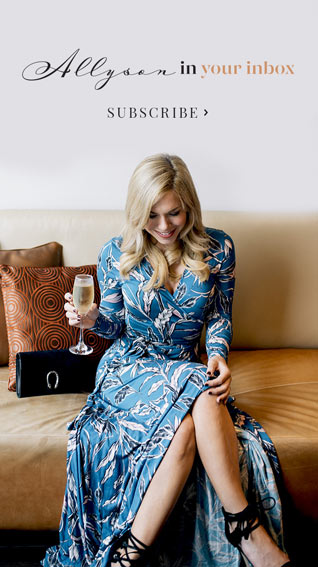